Interscholastic Competitions are made possible through our partnerships with the Nebraska Schools Activities Association and the Nebraska Coaches Association. Interscholastic Competitions partner students with intellectual disabilities (athletes) with their typically-abled peers (partners) to compete alongside each other on the same team. These competitions are high school sanctioned events, meaning teams compete at the state varsity level. 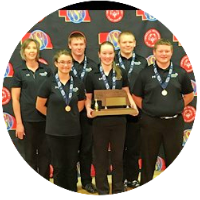 Special Olympics Nebraska partners with the Nebraska Schools Activities Association to offer Unified Bowling as a sanctioned high school sport. The season is held from mid-October to early December and brings together high schools from all over the state to compete in one class. The State Championship for Unified Bowling is held annually in Lincoln and includes 8 district winners. 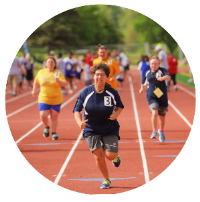 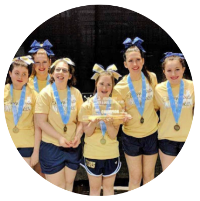 Special Olympics Nebraska partners with the Nebraska Coaches Association to offer Unified Cheerleading during the Nebraska State High School Cheer and Dance Championship held in Grand Island in February. Athletes and Unified Partners represent their school in a Unified sideline routine in which 1st and 2nd place are awarded in Class A and Class B.