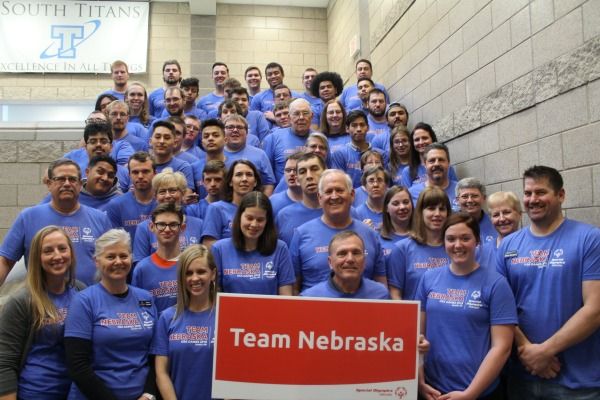 Now in its fourth running, the next Special Olympics USA Games will take place in Seattle in July 2018. Past hosts were Ames, IA in 2006, Lincoln, NE in 2010, and Lawrenceville, New Jersey in 2014. From July 1-6, 2018 more than 3,000 athletes from all 50 states and the District of Columbia will descend upon Seattle and the surrounding region. Fourteen sports will be offered including athletics (track and field), basketball, bocce, bowling, flag football, golf, gymnastics, powerlifting, soccer, softball, stand up paddle boarding, swimming, tennis, and volleyball. The 2018 USA Games are expected to host 10,000 volunteers, 10,000 family members and friends and 70,000 spectators.

Tagline
Rise With Us

Special Olympics Nebraska is a 501 (c) (3) nonprofit organization, which was founded in 1972. The mission of Special Olympics Nebraska mission is to provide year-round sports training and athletic competition in a variety of Olympic-type sports for children and adults with intellectual disabilities, giving them continuing opportunities to develop physical fitness, demonstrate courage, experience joy, and participate in a sharing of gifts, skills, and friendships with their families, and other Special Olympics athletes and the community.